Home » All Things Abe and Other Surprises in Springfield 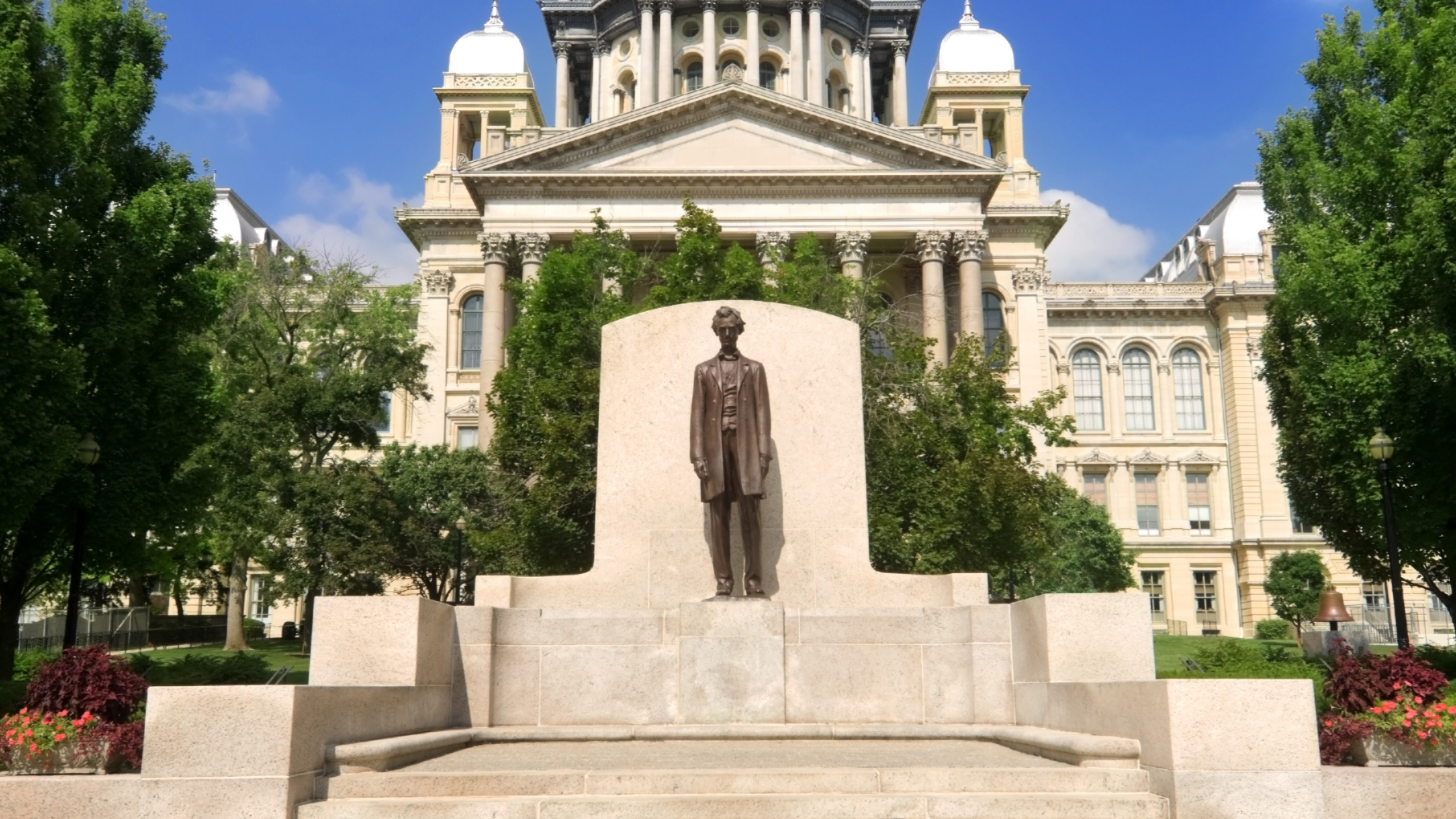 Fun fact! There are 41 cities named Springfield in 35 U.S. states.   But the only place to find all things Abe and other fascinating surprises are in Springfield, Illinois.

Lincoln lovers everywhere descend on the city of Springfield to honor the life of our 16th president.  Abraham Lincoln called Springfield home from 1837 until 1861 when he left for Washington DC as the president-elect.

Today there are tributes to his influential life here throughout the city.  Some must-sees include:

Explore the home and neighborhood where Lincoln lived for 17 years.  Here he met and married Mary Todd (despite her family’s reservations) and had four sons (only one of whom survived until adulthood.)

Much like the rest of us, the Lincolns lived on a tight budget as Honest Abe worked to make a name for himself in law and politics.  They bought a house in a diverse neighborhood representing many occupations. The official library of the 16th president is an immersive experience -connecting you with Lincoln and his family in uniquely personal ways.  You’ll feel the tragedies, triumphs, and “times that try men’s souls” through interactive exhibits and carefully curated artifacts.

Lifelike statues of the Lincoln family greet you in the plaza for a great photo op to get you started!

Just at the edge of Springfield is the beautiful and peaceful Oak Ridge Cemetery and the final resting place of Abraham Lincoln.  While he may have some interesting neighbors (more to come on that!), the Lincoln Tomb is an imposing and elegant space for Lincoln, his wife, Mary, and three of his children. Visitors can tour the interior of the tomb and the lovely grounds surrounding it.  They can also stop by his bronze bust and give his nose a quick rub for luck – an unexpected and ironic opportunity on cemetery grounds.

Just north of the present tomb is Lincoln’s Receiving Vault.  After his assassination in April of 1865, Lincoln’s body made a 1700-mile journey (against his wife Mary’s original wishes to bring him directly home) across a grief-stricken country to Springfield.

The presidential casket was joined by the casket of his 11-year-old son, Willie, who died of typhoid fever in 1862. Lincoln’s funeral procession arrived back in Springfield on May 3, 1865. Father and son were finally laid to rest inside the limestone vault until a more fitting tomb was completed in 1874.

The church pew where the Lincoln family sat each week is currently on display at the First Presbyterian Church downtown.  The Lincolns rented their pew for ten years in a different building.  After Lincoln’s death, Mary joined the newly constructed church at this location.

You can see Lincoln’s pew, along with the seven stunning Tiffany windows that light it, when you visit the church.

If you want to be sure you hit all the Lincoln highlights, pick up an Abe’s Hat Hunt Passport from the Springfield Visitors Center or three other locations.  Passports contain a map, clues, and stickers to help you spot the hidden hat at each site.  If you make it to at least 8 of the 12 stops, you’ll collect a passport prize!

Other Surprises in Springfield – Get Your Kicks!

Route 66 has been the stuff of legends since it was commissioned in 1926.  It’s packed with travel treasures and quirky nuggets of Americana from Chicago to LA.

Exactly 1.25 miles of original Route 66 can be found right in Springfield.  This beautiful, hand-laid brick road was completed in 1931 and is listed on the National Register of Historic Places.  Even better – it includes lots of great selfie stops!

You can’t ride in it, but it will roll!  David Bentley unveiled his five-ton covered wagon in a “burst of patriotism” on Veterans Day 2001.  It has 12 ft. high wheels and canvas-covered hoops 24 feet high.  It sat on his property until he sold it to Larry Van Bibber in 2007.  Van Bibber moved it to its current location along the Mother Road (roughly 40 miles from Springfield in Lincoln, IL.)

A 12 ft. Abe Lincoln (created by the F.A.S.T. Corp) sits atop the wagon intently reading a “law” book.  Both wagon and occupant were named the 2010 Readers Digest #1 Roadside Attraction.

This early gas station kept cars moving before it made its own move.  Mahan’s Filling Station, one of the oldest surviving filling stations in Illinois, was moved 21 miles from Middletown to its new home at Fulgenzi’s Pizza & Pasta.  It’s on display across from the Historic Illinois State Fairgrounds in Springfield.

Grab a bite and a glimpse of history more than 100 years in the making!

Mexican General Antonio Lopez de Santa Anna is notorious for ordering his troops to attack the Alamo in 1836.  During the 13-day siege, 189 Texan defenders (including famed frontiersman Davy Crockett) were killed.

What you may not know is that Santa Anna had an artificial leg. His left leg was amputated in an 1838 battle with French forces.  But in 1847, an Illinois infantry unit took Santa Anna by surprise, forcing him to flee on horseback – without his leg!

Troops took the leg into custody, and you can see it today at the Illinois State Military Museum in Springfield.

The stately tomb of our 16th president is in Oak Ridge Cemetery amidst countless other lofty, blue-blooded residents.  And directly across from it is the perhaps less-than-dignified grave of Roy Bertelli – a.k.a. “Mr. Accordion. Mr. Bertelli was thrilled to learn he had secured a tiny slice of distinguished Oak Ridge (and leading up to President Lincoln’s tomb no less!)  But one week later, the cemetery told him they sold it to him in error.  Planning to return the plot, he then received notice that he would face a hefty lawsuit if he did not!

As a WWII vet and a stand-your-ground (pun intended) kind of guy, Mr. Bertelli proceeded to build a large above-ground crypt with a large, engraved accordion behind it.  He then visited on a regular basis playing his accordion for all visiting the hallowed grounds to hear.

When he died in 2003, Roy Bertelli chose another cemetery as his final resting place – but continues to pay the upkeep on Mr. Accordion’s Tomb.

I think Abe would have appreciated the irony!

Traveling solo or in a group, there’s so much more to see and do in Springfield! Check out this week’s Destination Dispatch with Darrin Thurman from Visit Springfield.  He’ll share even more historic highlights and fun facts that you won’t want to miss – honest!